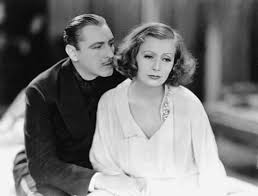 So, here we have the fifth best picture in a row. 5 down, only 79 more to go! Well, I guess that’s a hollow victory. But today’s film, ‘Grand Hotel’ has the distinction of being the only Best Picture winner to be nominated for NOTHING ELSE. But did it deserve any other Oscars? I would say “Yep.”

The movie is all about Grand Hotel, (and yes, that’s the hotel’s actual name. Couldn’t you call it Hotel La Grande?) and all the people that live there. Specifically we focus on the baron (John Barrymore) who is somehow broke despite being the baron of this very expensive hotel. Not sure how that works. There are two women that he ends up dating, who both end up falling in love faster than a Disney Princess. There’s also a man who is not expected to live much longer that decides to party like there’s no tomorrow. As a man who looks suspiciously like Two-Face declares, “Grand Hotel. People come. People go. Nothing ever happens.”

This isn’t a bad way to describe the film. It’s not a bad film, but it seems to be lacking in anything really spectacular. It basically is like a giant stage play, as there are long sequences without cuts. The cast has to be careful to not mess up their lines, and they all turn in good performances. My favorite is Barrymore, because he brings a certain unease to the Baron. We don’t know if we should hate him because of his thievery and lying, or if we should like him because of his charismatic personality. What the film has going for it seems to be the cast and direction. I don’t really get why it was snubbed in other categories, but it’s a decent film, that you might want to check out.