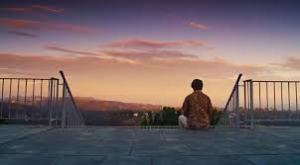 So this was a movie that made a bit of a splash earlier in the year, and everybody seemed to be talking about whether or not this movie had serious awards chances. I didn’t get the chance to see it in theatres, but when the DVD came to my library, I decided I couldn’t pass up the opportunity.

Well, it’s a biopic. A musical biopic at that. And since musical biopics are not a genre I adore (There can only be one Amadeus.) I wasn’t expecting to enjoy this movie, but – surprise surprise – this movie is actually good.

No, no no. What makes this movie work is the acting.

While John Cusack & Paul Giamatti both give some fairly impressive performances, it’s Paul Dano and Elizabeth Banks who truly make this movie. Granted, I’m not sure why they’re both listed as Supporting when it seems both of them have more screen time than John Cusack, but nevertheless I had no idea that either actor had these performances in them, and I look forward to seeing if either of them get any awards traction later in the year.

While it’s a long shot from the best of the year, it is a highly entertaining movie. I won’t insist that you see this, but if you wanna see some really great performances, I recommend it. And I think it goes without saying that if you’re at all into Brian Wilson, then you’ll probably love this.