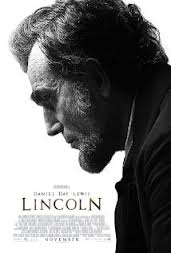 Of the two screenplay categories, this is much easier category to call. The odd thing about this category, is that if you asked me what my five top adapted screenplays of 2012, they’d match up 5/5. That just goes to show you that sometimes, movies get attention for a reason.(UPDATE: This is no longer true. I’ve replaced Lincoln with Rise of The Guardians. Both films have predictable stories, but ROTG gives you much more character development and is much more creative than Lincoln could ever dream of being.) Anyway, let’s get to the nominees!

The first nominee is Argo. The screenplay is written by Chris Terrio. This is his first nomination, and it’s well deserved. The script is well paced and intense, but has a sense of humor. He’s won himself a handful of awards, and I imagine it will take 2nd place easily .

Our next nominee is Beasts Of The Southern Wild. Lucy Alibar and Benh Zeitlin both score nominations for the screenplay, but neither have previously gotten nominations. It’s unlikely for them to win, which is a shame, because the screenplay is phenomenally good at portraying the emotionally driven story that the movie needs to succeed. Of course, the two should just be happy to be nominated.

And then you’ve got Life Of Pi. Much like Hugo, this story is not the strongest aspect of the movie. But the screenplay is much better put together than Hugo. The screenplay is written by David Magee, who was previously nominated for Finding Neverland. So, yeah. This guy knows how to tell a whimsical story. If Life Of Pi walks away with the award, it just might go on to win Picture as well, but don’t get your hopes up.

But the clear frontrunner this year is Lincoln. The screenwriter is Tony Kushner, who’s last nomination came from Munich. Lincoln’s screenplay is not phenomenal, but still manages to show the struggle that Abraham Lincoln went through to abolish slavery. By the way, am I the only one who finds it odd that our sixteenth president and a CGI tiger are duking it out in so many categories? Anyway, it’s still the frontrunner after the Critics Choice win and several others. While I don’t think the buzz is entirely merited, it’s clearly the people’s favorite.