Quick thoughts on the PGA

First of all, Best Documentary went to Amy. Best Animated Film went to Inside Out. Both of those wins were expected.

And Best Picture went to The Big Short.

Now, if I were to rank the eight Best Picture nominees, The Big Short would come in at #5. It’s a good film and it would make a better winner than The Revenant. But it’s not a better film than Spotlight or Mad Max: Fury Road.

I had initially predicted that Fury Road would win here just to throw everything for a loop. Well, I certainly got the second part right.

So, the PGA has been around for 26 years, and they’ve gotten the winner right 19 times. a 73% accuracy when it comes to Best Picture.

Does this mean The Big Short is winning the big award? I think it’s chances just got a lot better, but it’s not guaranteed. I have to wait for SAG and BAFTA before I can say for sure what will win Best Picture. 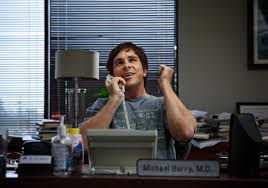 “I am telling you, the statistics are all in our favor!”