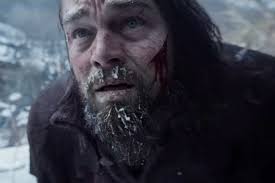 Personally, I feel that 2015 was a weak year for men’s roles but a great year for women’s roles. Personally, I wouldn’t want to give any of these men the trophy. I would place my vote for Abraham Attah in Beasts Of No Nation. At such a young age, he gives a startling depiction of a child losing his innocence. I feel he should have gotten more attention.

With that said, here are your nominees.

5th Most Likely To Win: Bryan Cranston in Trumbo

This is the film’s only nomination, and it’s pretty rare for someone to win Best Actor when the film in question doesn’t have any other nominations. Unless there’s a ton of buzz or something. SAG seemed to like the film, but Walter White may have to wait a bit before he can get himself an Oscar.

4th Most Likely To Win: Eddie Redmayne in The Danish Girl

Redmayne has recieved better notices than Cranston. But the film underperformed compared to Tom Hooper’s past work, and some people just can’t get behind his performance. And on top of that, he’s the only nominee who already has an Oscar. It’s possible that he might get a second Oscar at some point in the near future.

3rd Most Likely To Win: Michael Fassbender in Steve Jobs

Fassbender has gotten a lot of praise for his dedication to the role of Steve Jobs, despite not looking a whole lot like the man himself. But the movie only received two nominations. And it’s telling that the Golden Globes didn’t give him the award, especially considering they awarded Winslet and the screenplay. Sorry Fassbender, this just isn’t your year.

2nd Most Likely To Win: Matt Damon in The Martian

If there’s a potential spoiler to be found in this category, that would be Matt Damon. He won the Globe, he’s in a Best Picture nominee, and he’s a large part of why the film works. He also doesn’t have an acting Oscar, so some people might consider him overdue. But right now, there’s somebody playing the ‘overdue’ card much better.

MY PREDICTED WINNER: Leonardo DiCaprio in The Revenant

If I’m being totally honest here, I don’t think DiCaprio said yes to this role because he thought it was a great script and it would be a powerful film. I think he said yes to this script because he wanted an Oscar. What we are looking at here is a man doing horrible things to himself to try and get a golden statue. Now, I might not be an expert in psychology, but I get a feeling that if DiCaprio doesn’t get that golden statue, he’s going to go completely off the deep end.

UPDATE: I have seen all five nominees. My ranking is as follows;

And here are my selected Oscar clips.

Cranston: Admitting he wrote The Brave One.
Damon: “I am still alive… surprise!”
DiCaprio: Grieving over his dead child.
Fassbender: Final scene with his daughter.
Redmayne: His final scene