Our next category is Best Original Screenplay.

This film is nominated for two reasons. One, they wanted to make it up to Mike Mills after snubbing him for Beginners. Two is that they were super determined to not nominate Zootopia. I didn’t think that the script for this film was anything too special, and it certainly won’t win.

4th Most Likely To Win: The Lobster

As much as I hated this movie, it’s clear that a lot of people liked it. But it doesn’t have any serious chance at winning. Like 20th Century Women, this is the film’s only nomination. And I think we can all agree that it would make a pretty bizarre winner.

3rd Most Likely To Win: Hell Or High Water

This would be my personal winner. Seeing how it’s a Best Picture nominee, it does have a small chance. But the fact is, it hasn’t won any major precursors. Ultimately, this category comes down to two films.

Usually, the Best Picture winner also takes screenplay. But a musical hasn’t won this category since 1951. Yes, La La Land will most likely sweep the Oscars, but Titanic was able to sweep without even being nominated for Screenplay. But don’t get me wrong, it could still win. This will be one of the most nail-biting categories of the night.

AND MY OFFICIAL PREDICTION IS: 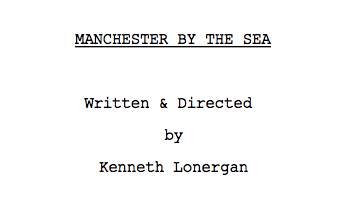 This screenplay won the most amount of critics awards and seems the likely frontrunner for the Oscar. While La La Land may be the better received film, this movie has dialogue that calls attention to itself, so it seems it has a better chance to win. Hey, the Oscar voters will want to spread the wealth a little bit, right?