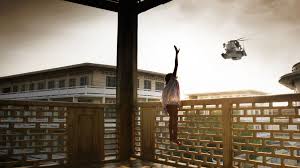 2017 really seems to be the year of the female director. Women like Kathryn Bigelow, Sofia Coppola, Greta Gerwig, Patty Jenkins and Dee Rees have all made incredible, Oscar-worthy films. In fact, those five women would make a pretty solid Best Director lineup for this year.

And now, Angelina Jolie steps into the mix. She’s already made a few films, with mixed results. But this movie, which is Cambodia’s official Oscar submission for Best Foreign Film, is her best-reviewed movie so far. And it definitely deserves all the praise it’s been getting.

The film is actually very similar to 2015’s Beasts Of No Nation. Both films are set in a third world country during wartime, and both films are told from the perspective of a child who gradually loses their innocence.

However, there is one very important distinction between Beasts Of No Nation and this movie. This movie is based on a true story. Which only makes all the terrible things you see in the film more difficult to watch.

The film also reminded me a little bit of Room in a weird way. The camera is always at eye level with our young protagonist, and it’s clear that she has a limited understanding of the full scope of what’s going on. Sareum Srey Moch’s performance might not be the one of the best child performance’s I’ve seen, but the fact that someone so young was able to accomplish what she does in the film is something of a small miracle.

The film is also very long, but this is one of those rare instances where the film’s length actually works to its advantage. Much like the characters, the audience desperately hopes that they won’t be subjected to such terrible ideology for too much longer.

This film is most definitely not an easy watch. But if you can manage to stomach it, you’ll probably be glad that you did. It’s incredibly emotional and moving, and the fact that it’s all true just hits you even harder and makes you question why on earth you didn’t know about this before. For that reason, I think this is a story that needed to be told.