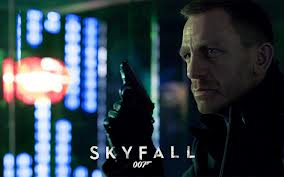 Twenty Four Days until the Oscars! My plan is to announce my thoughts on one of the categories each day leading up to the big event. With that said, let’s get on to my first category: Best Original Song. Now, if you’re lazy like I am, this is most likely your favorite category. You don’t have to see the movie to vote on which song you like best. Just look on YouTube, just stay away from all those cat videos. Each song has a link to where you can hear it on that magical website.

“Before My Time“, the end credits song for documentary Chasing Ice, is a beautiful song that I find to be worth listening to. I mean, who knew that Scarlett Johansson could sing? But seeing as how it’s from a documentary that wasn’t even good enough to get nominated in its own category, I’d say that the songwriters should just be happy about the nomination.

“Everybody Needs A Best Friend“, is the only nomination that host Seth MacFarlane could manage for his film Ted. It still makes me sick to think that the movie with the swearing teddy bear got one nomination, while Dark Knight Rises walked home empty handed. Even though I have no intention of seeing the movie, I was pleasantly surprised by this song. It has a good beat, and the lyrics are pretty nice. Only one problem. It’s from Ted. True, MacFarlane did manage to get Ted to present at the Oscars (somebody shoot me in the head), but Members of the academy are far too sane to ever let a movie like this walk away with the most prestigious movie award of all time. Right?

“Pi’s Lullaby” is also nominated. Although I loved the film, I could not remember a song for the life of me. Apparently, the credit goes to the soothing Indian melody that plays during the opening credits. It’s a really relaxing tune, but I think most Academy voters like to be able to understand the lyrics when they award songs.

“Skyfall” is your winner. If there’s one category that loves the Bond Franchise, it’s Original Song. They’ve nominated a dozen songs from past movies, and Adele seems to have worked her way to an Academy Award. Besides, it truly is the best of the nominees. Although I might mention that no matter how many times you listen to it online, it will never be the same as watching the opening credits sequence with crazy visual effects and just the right atmosphere to accompany the song perfectly. It easily gets my vote, and I imagine many others.

“Suddenly” is the only song in Les Misérables that was written specifically for the movie. I guess that it’s a nice song, but it doesn’t stand on it’s own as much as some of the others. You can argue that the Academy will vote for this because they love the movie, but I think that they’re planning to award Les Miz in a different category.