Best Picture Reviews: On The Waterfront 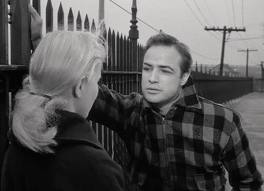 Much like Argo, this is a film that I believe is a very good flick, but I’m not so sure it deserves all the hype it continues to get to this day. Maybe this is one of those classic films that must be watched multiple times in order to truly appreciate the craft. It’s from director Elia Kazan, who also directed Gentleman’s Agreement, a film I quite liked. But the thing about that movie is that it was simple and to the point. And this movie – let’s face it – isn’t.

Terry Malloy (Marlon Brando) is an ex-fighter who had to blow a fight when his brother (Rod Steiger) bet against him. He now lives with constant guilt that he ‘coulda been a contender’ while trying to decide if he should forget his past or try to recreate the glory days, and also trying to find himself in this world.

Terry finds himself indirectly responsible for the death of a good friend. But it’s not just his fault.. he led the guy up to the roof where he assumed his friend Johnny Friendly (Lee J. Cobb) would just intimidate him, not push him off! This leads to some awkward conversation between Malloy and his girlfriend (Eva Marie Saint), as well as a priest (Karl Malden) trying to find the culprit.

So which is the main plot and which is the side plot? I honestly don’t know. That’s the film’s biggest problem: it feels like two separate films rolled into one. Gentleman’s Agreement had one basic plot, and while i’m not going to say that that was a perfect film, it understood what it had to focus on and focused on just that. In fact, that’s really what all good films do. This movie really doesn’t know if it wants to be a character study, a crime drama, or both.

But with that said, the film never becomes boring. I love the cinematography, and the tone and pace all come together to make a very memorable film. The score is memorable, if overused. And the third act actually does get interesting. And the script is quotable, if nothing else.

Then there’s the acting. Brando.. was actually really good. He has a lot of charm and actually can pull off some serious drama. (But does he have to be chewing gum in so many scenes?) The three (count em, three) actors nominated for Supporting Actor do fine jobs, with Malden being my personal highlight. But Eva Marie Saint always seems to be trying to act, without actually pulling off a performance. One thing I can say about the actors is that they all work very well all off of each other. It’s a very good ensemble.

I am sure that I am going to get a lost of nasty comments for this review. I really don’t think it’s a bad movie, and it would be nice to hear what some of you think.  You can pelt me with nags, or we can just forget this whole review ever existed and move on to Marty. (Which surprisingly is not a Scorsese film.) 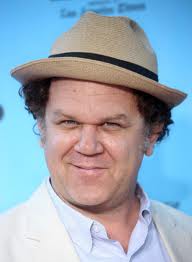 Yeah, this is what I saw every time Malden came on.

One thought on “Best Picture Reviews: On The Waterfront”