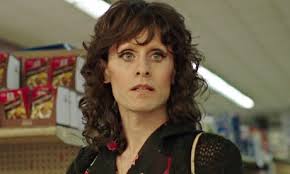 Let the games begin! We have exactly 24 days before the Oscar Ceremony (more or less. I’ll finish on the eve of the Oscars.) I still have a plethora of movies to see before the big night, but I’ll try my hardest to see as many of the nominated films as I can. I decided to start with Best Supporting Actor because, not only have I seen all of the nominees, but the category is pretty easy to call.

Barkhad Abdi went from being a limo driver from Somalia to a movie star practically overnight. If only we were all so lucky. His performance in Captain Phillips is, in my opinion, the highlight of the film. However, I think he may be in the weakest position to actually win an Oscar, especially when you consider who his competition is.

Bradley Cooper scores his second nomination in two years for playing a FBI agent in American Hustle. The fact remains that American Hustle is likely to win at least one award for it’s acting. So Cooper winning an Oscar could be a big surprise come Oscar night. Keep your eye on him if he wins the BAFTA.

Of course, Michael Fassbender has also been a key factor in the race for his portrayal of a brutal slave owner in 12 Years A Slave. Many people say he deserved a nomination two years ago for his role in Shame, which I never saw. Although I personally didn’t get into the performance, I support the nomination. He’s not winning though, unless 12 Years sweeps the awards.

Here’s a surprise: Two time Academy Award nominee Jonah Hill! I didn’t know if Hill could top his Brunden performance, but he did a great job working off of Leo DiCaprio. I can’t see him as an Oscar WINNER, at least not yet. And not when he’s up against…

Jared Leto. This guy did every little female mannerism, and he pulls it off so well. And he doesn’t just act like a girl. He has a lot of depth, and he’s easily my favorite performance in the category. He’s won practically everything, and he’s in a best picture nominee. I can’t think of anything else to say except, “You Go, Girl!”

Oh, and quickly, here are the clips that I think they should play of the actors.