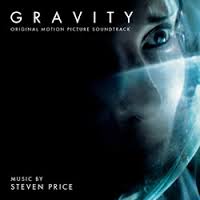 2013 has been a very good year for original scores, and I do respect the films nominated. I’m going to include links to some of these scores in the description.

Our first nominee is The Book Thief, composed by the legendary John Williams. This is his 49th oscar nomination, making him the most honored living person in Academy History. The score is quite good and suits the movie well, but what did you expect from the great John Williams? In my opinion, he’s the least likely to win. He already has five Oscars, and the film has no other nominations. Some people haven’t even seen the movie.

But one movie that everybody’s seen is Gravity, which was composed by first-time nominee Steven Price. It is my prediction that Gravity will sweep the Oscars, and this is one award that it’s almost certain to win. Best score of the year? Check. In a Best Picture Nominee (and likely winner)? Check. The score is very powerful, especially near the end of the film, and I can see it winning the Oscar in a minute.

But let’s not forget about the other nominees! Her, for example, was composed by Arcade Fire. Remember what I said about how Wreck-It Ralph’s soundtrack was both techno and beautiful? Well, this score blows Ralph out of the water. The compositions are perfect, and I might have voted for this in a weaker year. But I’m not, and I don’t think the Academy is either. Her will get it’s due in Original Screenplay.

The score for Philomena is written by Alexandre Desplat, who doesn’t yet have an Oscar. And if you listen to this, you’ll know that this guy deserves one. I’m not a big fan of this score, though. It sounds suspiciously similar to what Desplat came up with for Extremely Loud & Incredibly Close. However, it is a Best Picture nominee, and there’s no other category where the film could be awarded. So don’t completely disregard it’s chances.

Finally, we have Saving Mr. Banks composed by Thomas Newman. The guy who did the score for Finding Nemo, WALL-E, Wreck It Ralph, and Skyfall. I hope this guy wins an Oscar one day. The score is absolutely beautiful, but it isn’t going to win. Clearly the academy didn’t like the movie, as it should have been nominated for a lot more than just Original Score.