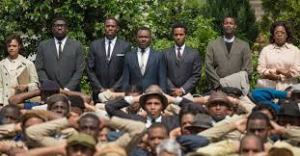 Our next category is Best Original Song. Now, some years we have an obvious frontrunner like “Falling Slowly” or “Let It Go.” This is not one of those years. But the good news is here’s no crazy snub this year. Well, not in this category, anyway. Admittedly, I’ve only seen three of these films, but I’ve listened to the songs, and I believe that makes me qualified. Links to the songs will be provided.

5th Most Likely To Win: “I’m Not Gonna Miss You” from Glen Campbell: I’ll Be Me

Oh, a song from a documentary. How many people have even seen this film? Personally, this song left little to no impact on me. And if you’re a fan of Glen Campbell, I get it. If you like this song, there’s no fault in that. But this song is, quite simply, not going to win.

4th Most Likely To Win: “Grateful” from Beyond The Lights

Honestly, neither this nor “I’m Not Gonna Miss You” have a shot at the Oscar. But I put this song in front because… I actually really like this song. And I love the message. And hey, maybe a few more Academy voters have seen this film than the Glen Campbell doc. But yeah, this isn’t winning. Great song, though.

3rd Most Likely To Win: “Lost Stars” from Begin Again

Okay, I’m biased. Because I really love this movie. And when I hear the song, I remember that final scene and how perfect it was. This would be my vote. But… how many Academy voters have seen the film? Even if they listen to the soundtrack, it’s the context that makes this song as powerful as it is. And while it’s gonna be great to see Adam Levine perform at the Oscars, I don’t think this is gonna win. There are two songs in a better position to win right now.

2nd Most Likely To Win: “Everything Is Awesome” from The Lego Movie

Ah, this years version of ‘Happy’. Because of this film’s outrageous snub in the Animated Feature category, Oscar voters may be tempted to vote for the film somewhere. This song could pull off an upset because of that alone. Plus, the song is used surprisingly effectively throughout the film, perhaps most memorably in the end credits. However, the song isn’t the frontrunner at this point.

MY PREDICTED WINNER: “Glory” from Selma

For one, it’s the only film here to have more than one nomination. And it’s a Best Picture nominee at that. The Academy has gotten a ton of complaints for not including Selma in more categories, so if this wasn’t the frontrunner to win before, it certainly is now. And it has a Golden Globe win to back it up. Aside from the fact that I personally wasn’t crazy about the song, it’s the definite frontrunner for the Oscar.