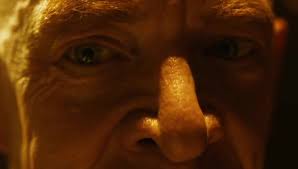 Okay, every year it’s the same story. I tell myself I’m only going to look over categories in which I’ve seen all the nominees. And every year I forget about that whole idea very quickly. So, now. I’m just looking over categories. And with the whole ‘Personal Ranking’ thing, I’ll fill in the gaps if/when I see the film in question.

5th Most Likely To Win: Robert Duvall as ‘Hank Palmer’ in The Judge

Hopefully I’ll get to see it at some point. The reviews have not been favorable, outside of Duvall’s performance. Considering the fact that his film has no other nominations, and the fact that this nomination was not predicted by many, that makes it an easy #5.

Oscar Clip: “You were headed down the wrong path! I did what I thought was right.”

4th Most Likely To Win: Mark Ruffalo as ‘Mark Shultz’ in Foxcatcher

Considering that the film just barely missed out on a Best Picture nomination, I would imagine that Foxcatcher is well liked within the Academy. And the same can probably be said for Ruffalo himself. However, the fact is that Ruffalo has the least showy role of the main ensemble. It’s a very quiet and subtle performance. Unlike the predicted winner.

3rd Most Likely To Win: Ethan Hawke as ‘Mason Sr.’ in Boyhood

Hawke may be able to pull off a shocking upset win if Boyhood manages to sweep everything. The fact is, at the moment, Boyhood is looking pretty vulnerable. At this point, the film has much better chances in every other category it’s nominated for, and Hawke’s performance, while certainly not forgotten, has had to take a back seat to this category’s frontrunner.

Oscar Clip: “Now, I will not be that guy. You can not put me in that category, alright?”

2nd Most Likely To Win: Edward Norton as ‘Mike Shiner’ in Birdman

Norton’s had a pretty impressive career, an some members of the Academy may want to vote for him to get an Oscar. That, and he’s in the film that may or may not be our Best Picture winner. Oh, and he’s great in the film. Honestly, in another year, he might have a much better shot at winning this thing. And yet, there’s one pretty major bump in the road.

Oscar Clip: “The kind of love I’m talking about… you don’t try to kill people.”

MY PREDICTED WINNER: J.K. Simmons as ‘Terrence Fletcher’ in Whiplash

Everybody agrees that this guy gave the best performance in this category. The ones who don’t want Simmons to win are few and far between. He’s won the Globe, SAG, BFCA, and a ton of other critic’s awards. He’s truly phenomenal in the film. He’s in a Best Picture nominee. All the signs point to J.K. Simmons winning an Oscar this year.