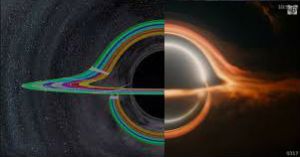 So this award basically comes down to two films duking it out for the win, and the three marvel films that are also in this category. Let’s take a look, shall we?

5th Most Likely To Win: X-Men: Days Of Future Past

There’s been like what, nineteen million X-Men movies and this is the first one to get an Oscar nomination? I can hardly imagine that the academy is very fond of this franchise. They nominated it because of one specific scene that involves a kitchen. It’s not going to win, I’m fairly confident in saying that.

4th Most Likely To Win: Captain America: The Winter Soldier

It’s not X-Men, that’s the only reason why this isn’t #5. Also, apparently it’s good, but that won’t matter unless Academy voters have actually seen the film. Even if they have, I think the competition is too fierce.

3rd Most Likely To Win: Guardians Of The Galaxy

This made a ton of money. And it has one other nomination. So, most likely, voters remember the film. But something tells me that they’re not going to give it the win here over the competition. I think the two films in the lead are so far ahead that there’s not much that Guardians could do.

2nd Most Likely To Win: Dawn Of The Planet Of The Apes

A lot of people say this could win. The film’s predecessor, Rise, failed to win in this category back in 2011, and now the effects are back and better than ever. Plus, the film won VES. But, as much as I loved the film, there’s another film here I loved more, and I really feel it’s in a better position to win…

You can argue that it’s not going to win because it’s not the huge success it was once predicted to be. But you know what? It has five academy award nominations. Apes has one. This film is directed by Chris Nolan. It won the BAFTA in this category. And the effects are truly the best of the year, taking some genuinely groundbreaking science theories and presenting them for the viewing audience. It easily gets my vote.

1.) Interstellar
2.) Dawn Of The Planet Of The Apes
3.) Guardians Of The Galaxy