Surprise! I haven’t forgotten about these. For whatever reason it just took me a while to get to it. I hope those of you who celebrate Christmas had a good time, and I hope to be more frequent with my blogging in the future. (You can look forward to reviews, Oscar coverage, and maybe even a return of ‘The Ultimate Snub’, if you remember that.)

Best Adapted Screenplay is one category that the Academy tended to get it right. When there was a good screenplay, they tended to acknowledge it here. Also, the majority of I think Adapted Screenplay might be the single most competitive category in the race. There are some really awesome screenplays that were left out, and I guarantee you’re probably not gonna agree with the five that I ultimately chose.

First, a few of the also-rans.

And now, the runner-ups.

Now this is what you call a classic, and for good reason.

Perfect example of how to do a biopic right.

How to adapt a play right. Really wanted to include this in the final lineup.

Now, in the top five, I decided to use brief excerpts from the film’s screenplays. They’re all really well written. Also, all five of these won the Oscar for Best Adapted Screenplay, so there’s that.

And now, the top five. 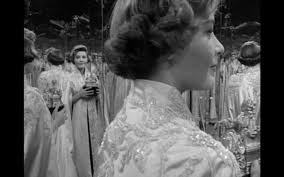 Slowly, she walks to a large three-mirrored cheval. With grace and infinite dignity she holds the award to her, and bows again and again… as if to the applause of a multitude.

OLD SALIERI (V.O.): So that was he! That giggling, dirty-minded creature I’d just seen crawling on the floor. Mozart. The phenomenon whose legend has haunted my youth. Impossible. 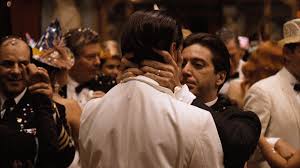 (NOTE – Ted does not for a moment believe his wife will really leave him. All he can think of right now is that he will have to spend the rest of the evening coping with one of her moods.)

3.) Casablanca
3.) The Lord Of The Rings: The Return Of The King