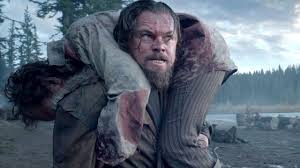 Look, I loved Birdman, but I seriously don’t know what went wrong here. Alejandro  G. Inarritu is a great director, but he clearly needs a solid screenplay in order to make a movie work.

At first, it’s difficult to figure out why this movie doesn’t work. But once you mull it over in your head for a while, it hits you. The movie is predictable. If you’ve seen the trailer, you can basically figure out beat by beat what is going to happen, and there’s no real surprise.

This movie as a whole is just way too dark. I don;t have a problem with dark material if there are at least interesting characters, but these characters aren’t like that. There’s no depth to either Leo’s character or Tom Hardy’s character. It’s just a good guy and a bad guy, meanwhile plenty other movies this year have more depth instead of just black-and-white mortality.

Leonardo DiCarprio clearly wants an Oscar. And I think he’s gonna get one. But I’m not so sure if he deserves it. He’s good to be sure, but he’s definitely been better. And there were better performances this year. It’s less of a performance and more like watching a man torturing himself in the hope of getting a golden statue out of it. And it’s not pleasant to watch.

Sure, it looks gorgeous. The cinematography is amazing, and you can basically count on Chivo doing a great job with every movie he does. The makeup is really convincing, and that bear scene is really well done.

Indeed, all the elements are there, and this could have been a really good movie. The production value and direction is really good. But the film’s long pace, dull script, and dark material was just a major turn-off for me. If you liked it, good for you, but I just couldn’t get into it.

One thought on “2015 Movie Reviews: The Revenant”