Wrapping Up 2015 with a lot of reviews 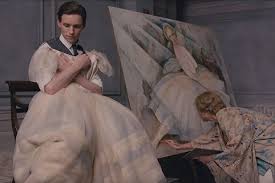 The Danish Girl is the only movie on this list to receive a single Academy Award nomination. Actually, it recieved four. And it won for Alicia Vikander’s “Supporting” performance. I put “Supporting” in quotes, because not only is her performance co-lead, but it’s also the best thing in the movie. The movie is about both of these women,

I do feel that the film got a bit of a negative rap, but I don’t think that’s entirely fair. When I saw this movie, I was all set to give it 4 1/2 stars. My feelings have subsided a bit since then, but I do think that Redmayne is very good in the film, and I think this film takes a bold risk by focusing so much on Vikander’s arc, which for many people is more interesting than Redmayne’s.

There’s also a lot of good stuff going on tech-wise, 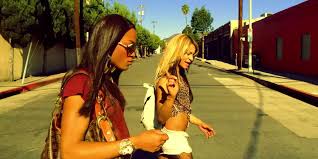 One movie that is far more memorable is Tangerine. The film is arguably one of the most progressive movies ever made, about two african american transgender women, and it was shot entirely on iPhones. Much of the film is very graphic in its nature, which can make it somewhat hard to watch, but the note it ends on makes the whole thing worth it.

Mya Taylor won an Independent Spirit Award for her performance in the film, and I personally believe that her acceptance speech was better than anything at the Oscars. While it doesn’t make any compromises, feeling very reminiscent of Do The Right Thing. It’s not always pleasant to sit through, but the film’s progressive nature makes you feel that more films like this are coming along in the future, as they should be. 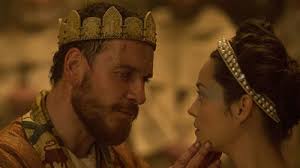 You pretty much know what you’re going to get with a Shakespeare adaptation. We all know the story, we just watch to see how the director pulls it off. Because Shakespeare can be interpreted in many different ways. With Macbeth, Justin Kurzel attempts to make a story that feels accurate to the time and place of the original story. I have to give props to the costume design, makeup and cinematography. (I swear, 2015 is the greatest year for cinematography in HISTORY.)

But the two best things in this movie are Michael Fassbender and Marion Cotillard, arguably two of the finest actors working today. Fassbender makes Macbeth seem a lot more like a real person, as opposed to many other versions I’ve seen. Cotillard really nails her arc, as her character ark brilliantly mirrors that of her husband.

Not one of the most bold movies of the year by any means, but any fan of the Shakespeare play should probably check this one out. 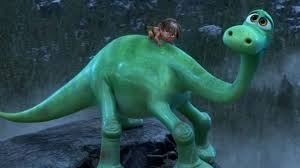 The Good Dinosaur was one of the more interesting 2015 movies I saw. It’s almost hard to tell if it’s a good movie or a bad movie. While anything made by Pixar is  guaranteed to be of some quality, and I can’t be too mad at a film that had a very troubled production, this movie has its share of problems. There’s so much more you can do with this setup that wasn’t explored here, and the plot is a mishmash of a bunch of cliches that you’ve seen before. (One scene in particular is an exact play-by play of a scene from How To Train Your Dragon.)

HOWEVER, the movie does have its share of moments that are done well. Most of them focused around the Spot character, who I really wanted to know more about. I actually think this movie had been so much more interesting if it was told from Spot’s perspective rather than Arlo’s. But the moments of genuine emotion are there, and the film does feature two trademarks of Pixar: wonderful sound design and an amazing score.

But if you’re  going to see this movie, see it for the animation. Many critics have complained that the cartoony dinosaurs and the photorealistic backgrounds don’t blend together well. And while I think that’s kinda true, I also know that this movie wouldn’t be nearly as watchable if the backgrounds were just as cartoony as the characters. Any time a character is not in the frame and I’m just looking at the background, I’m legitimately fooled into thinking that the movie is live-action.

Of all the 2015 movies I saw that didn’t earn any Oscar nominations, my favorite would have to be Me & Earl & The Dying Girl. My love for this film is almost entirely biased: It’s a movie about a boy who’s a senior in high school and is obsessed with filmmaking.

The film does a great job at capturing the feel of being a teenager and what high school means, while also, perfectly capturing the mindset of The movies does have a great screenplay, great use of editing and cinematography (AGAIN?) and an amazing performance by Olivia Cooke, who seems incredibly believable and probably should have been a serious contender in the Supporting Actress race.

While I’m all over this movie from beginning to end, the final scene between Greg and Rachel is one of the best scenes of the year. It’s the scene that elevated this movie from a really good film to a great film.