I believe that if I want to catch up, I have to do two posts a day for the next five days. Pray for me, ladies and gentlemen.

A coming of age story about a boy and his family who overcame great challenges by turning Disney animated movies into a language to express love, loss, kinship and brotherhood.

This one seems like the most uplifting documentary of the bunch. Sadly, this is one category that doesn’t typically reward “happy” films.

4th Most Likely To Win: Fire At Sea

“Capturing life on the Italian island of Lampedusa, a frontline in the European migrant crisis.”

Seems timely and well liked. But it’s not quite as timely as some of the other docs in this category

3rd Most Likely To Win: I Am Not Your Negro

“Writer James Baldwin tells the story of race in modern America with his unfinished novel, Remember This House.”

I’ve heard some really good things about this one. This could be a potential spoiler, but I’m not gonna bet on it.

“An in-depth look at the prison system in the United States and how it reveals the nation’s history of racial inequality.”

This is my one wish for the oscar ceremony. I really, really want this film to win because it was legitimately one of the best films I saw this year.

AND MY OFFICIAL PREDICTION IS; 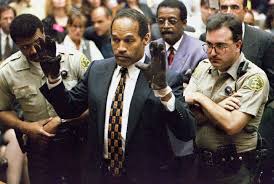 O.J. Made In America

“It is the defining cultural tale of modern America – a saga of race, celebrity, media, violence, and the criminal justice system. And two decades after its unforgettable climax, it continues to fascinate, polarize, and develop new chapters.”

This film has the advantage of being eight hours long, and thus having more time to make an impression. The sheer fact that this film has been winning everything except BAFTA makes it seem like the odds on frontrunner. Of course, I would love to be proven wrong.