And here’s another one! Original Score.

5th Most Likely To Win: Passengers

This is a good score, even if it sounds very similar to Thomas Newman’s work at Pixar .I actually would have preferred if Newman had gotten on for Finding Dory instead. But the fact is, the movie is considered a dud. And the nomination came as a total shocker. I’m sure that Thomas Newman will win an Oscar one day, but for a better received film.

4th Most Likely To Win: Moonlight

I almost had this in the #2 spot, but I switched it out at the last second. Don’t get me wrong, It’s a fine score, but it would make a very atypical Oscar winner. Plus, i’m starting to feel that Moonlight is losing some of its momentum going into Oscar night. It’s no longer the La La Land challenger it once was.

3rd Most Likely To Win: Jackie

Mica Levi is the first woman to be nominated in this category in the past 15 years. And the score she’s written for Jackie is certainly a very effective one. A lot of people like the score, and I could easily imagine this getting votes. But usually this category likes to reward Best Picture nominees, which puts this score at a disadvantage.

2nd Most Likely To Win: Lion

If anything could come out as a shocker here, it’s this score. Often, the academy likes to reward scores when they know the film won’t get rewarded anywhere else. Lion has a lot of support behind it, and Oscar voters may be compelled to vote for it somewhere. Plus, the score is really good. This could be the big shocker on Oscar night.

But i’m not going to officially predict it.

AND MY PREDICTED WINNER IS… 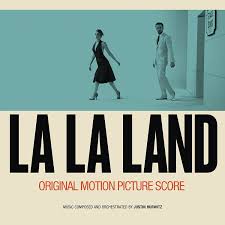 From the moment this score was deemed eligible for a nomination, we all knew it was winning. Even taking the musical numbers out of the equation, this score is still extraordinary. And considering that it’s the frontrunner for Best Picture and a bunch of other Oscars, I’d sat this is your winner. A score this extravagant just can’t be ignored.

Next up: Best Film Editing